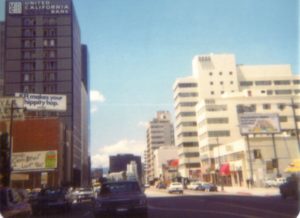 In the 1970s, Miracle Mile was no longer a thriving retail center where customers populated the floors of The Broadway, Desmonds, Ohrbach’s, Silverwoods or Harris & Frank. Instead, for lease and vacant signs dotted Wilshire Blvd. between La Brea and Fairfax avenues.

By the 1990s, Stephen Kramer an attorney with offices in the heart of the Miracle Mile, saw the need for the area’s revitalization. What better way to help business owners than to restart the dormant Chamber of Commerce to bring back Miracle Mile’s luster. Kramer convened an initial meeting with other attorneys in his office to brainstorm on a course of action. They agreed that the Chamber of Commerce should be resurrected, and in 1996 the first meeting was held. 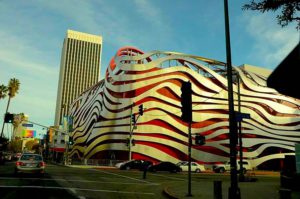 Kramer wanted to showcase members so he decided to have meetings held at different business locations. Representatives from museums, The Grove, Farmers Market and Park La Brea, Olympia and Cedars Sinai medical centers were among the businesses who first joined the organization. The Chamber membership has grown to more than 175 business owners, employees and residents.