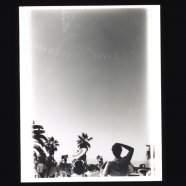 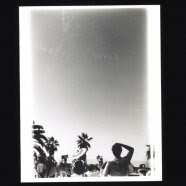 In the 1980s, poet, artist, and critic David Antin (1932–2016) produced two Sky Poems, written by five airplanes flying side by side, using puffs of smoke like an ethereal dot matrix printer. On September 29, the poems will appear again over the Los Angeles County Museum of Art (LACMA) and the Museum of Contem­porary Art, San Diego (MCASD). This event is curated by artist Julien Bismuth in collaboration with LACMA and MCASD.

On Thursday, September 27, coinciding with this historic re-staging, a group of poets, artists, and scholars, including Eleanor Antin, Julien Bismuth, Aram Moshayedi, Marjorie Perloff, Jerome Rothenberg, and others, convene to commemorate Antin and his legacy at the Hammer Museum. Learn more

Co-presented by LACMA and MCASD